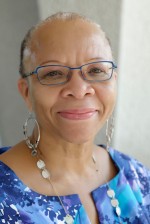 It was a few hours before the official coming into force of the ILO’s Maritime Labour Convention, 2006. We were preparing to mark this historic occasion with a live webcast from a ship in Singapore harbour.  Our high-level, tripartite panel of seafarers’, shipowners’ and maritime administration representatives was ready. Our communications and webcasting team was ready.

But our ship was delayed due to a typhoon.

No problem for our shipowner hosts. They quickly arranged for and literally cleared the decks of another huge container ship coming into port, in time for the live event. The evening before, the ship had unloaded and loaded containers that would be transporting goods and products worldwide.  While we went ahead with our global webcast, the officers and crew were getting the ship ready to sail within 90 minutes of our departure.

During this time, we had the opportunity to meet with the seafarers’, officers’ and ship owners’ representatives and the captain. What clearly emerged from our conversations was that this ILO Convention has broad, enthusiastic and active support from its beneficiaries – at a level that is unprecedented.

We saw the seafarers’ working conditions, safety equipment, cabins, mess hall and recreation facilities – all perfectly decent and in keeping with the MLC.  What was really impressive was their enthusiasm about the new Convention, and how pleased and proud they were to see the ILO aboard their ship.

That day – 20 August, 2013 – was their day. But it was also a great day for shipowners, who have clearly recognized that it’s good for business to do the right thing. Their enthusiasm and support was also impressive. And their sensitivity was real, it was palpable.

The MLC, 2006 is now international law and the maritime sector will never be the same.

Captain Lee Chee Seong, Managing Director of Neptune Ship Management Services, told us that what we were seeing were the fruits of years of preparations for the MLC.

They had conducted training for their entire fleet, their senior officers, captains and chief engineers; they had put in place a complaints mechanism so that when the MLC, 2006 came into force the crew would understand their rights and could make use of the complaints procedure to address issues if they arose on board the ship.

What was especially heartening to me was an interview with two young female second officers. Earlier, Capt. Lee had told me that Neptune already had more than 10 female officers, and that he saw the future of seafaring as including more women. The two young women we spoke to bore this out.

At first shyly, then increasingly energetically, they described how they were adapting to working in an industry dominated by men who were not used to seeing women on board.  They talked about how their aim was to climb the career ladder quickly and become masters of a vessel, sending a fantastically positive message that this is an industry where women have a place and would be welcomed.

This is something, of course, that the MLC, 2006 already addresses.

We will see how things evolve in the coming months and years, as the MLC, 2006 takes hold. But for now, judging from my experiences in Singapore, and during a subsequent meeting of Asian, Norwegian and Eastern European seafarers in Vladivostok, there is cause for optimism and celebration. The MLC, 2006 is now international law and the maritime sector will never be the same.

2 thoughts on “Sailing into the Maritime Labour Convention, 2006”