For anyone who’s still in the dark about income inequality, it’s essentially the uneven way in which income is distributed within a population. The rich keep getting richer but everyone else’s income stays the same or decreases.

At the ILO, we’ve been studying income inequality for a long time with an eye towards answering three major questions:

To begin answering those questions, we can look at some of our latest research, particularly the data from countries in the G20, a group of the world’s 20 largest economies. As you might expect, income inequality across the G20 varies significantly, a fact owing to differing policies on labour, taxes and welfare among other factors.

These differences allow us to identify some common denominators which can help us to better understand income inequality and its impact on our societies. 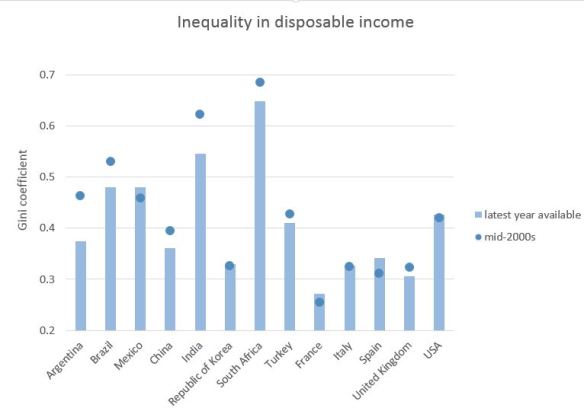 The most commonly used measure of inequality is the Gini coefficient. It ranges from 0 to 1, with 0 indicating perfect equality and 1 perfect inequality (i.e. one person has all the income while all others have none). The higher it is, the more inequality you have.

Here are a few of the things that we’ve learned over the course of our research: 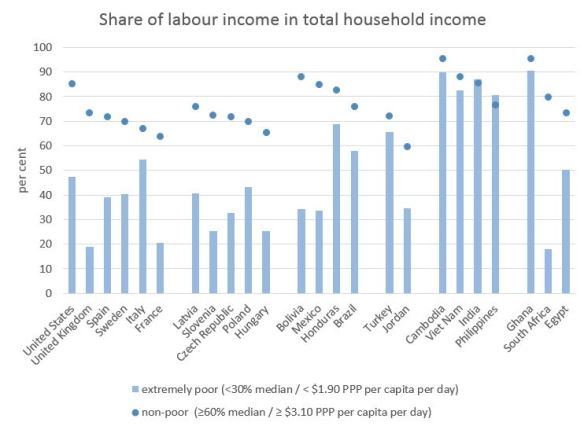 This is the first in a two part series exploring the topic of inequality based on the data and findings of ILO Research Paper No. 15 and World Economic and Social Outlook 2016

3 thoughts on “What do we really know about income inequality?”