If you’re as baffled as I am by the speed at which the acronym NEETs has become standard jargon in the media, academia and international organisations, please take a moment to join me for a brief examination of what NEETs actually means. Read the technical brief

Who are NEETs? Strictly speaking, NEETs are young people who are “Neither in Employment nor in Education or Training”. Why is everybody talking about them? Perhaps because the idea of NEETs is vague enough to allow for all-encompassing interpretations of the challenges facing young people. NEETs has become shorthand for exclusion, marginalization, joblessness and discouragement. It’s even been given as evidence for a “jobless generation”, which—let’s face it—makes a great headline. 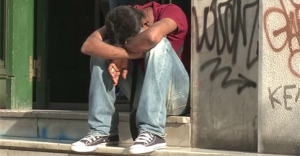 “What does NEETs mean and why is the concept so easily misinterpreted?” Read the technical brief.

I don’t deny that the outlook for youth employment is dire in several parts of the world. My purpose here is to shed some light on the ambiguities surrounding the term in the hopes of avoiding future confusion.

Here are some of the issues that have turned up in my research:

1. The ambiguity of NEETs arises from the two variables it melds together: young people who aren’t in work and young people who aren’t in school or training. The trouble is that once you unravel them, they tell you different things about different people. For example, if you want to talk about NEETs among young women, you find what you’re really talking about in many countries is female inactivity and lack of access to education. NEET rates for men, on the other hand, tend to be much lower and boil down to unemployment, a separate issue entirely. You would have arrived at the same conclusion, and avoided misinterpreting the data, by honing in on two specific indicators—inactive non-students and the classic unemployment rate (even with all its faults). So why lump these variables together in NEETs if they have to be disaggregated to be interpreted correctly?

4. Finally, despite statements made to the contrary, the NEET rate is NOT easy to measure. To calculate it, one needs to cross-tabulate the education status of youth by economic activity from the same survey. This means that, unless the national statistics offices include the NEET rate in their reports—bearing in mind the sporadic nature of surveys and reports in low-income countries—or makes the raw datasets available, policymakers and the public at large won’t have access to the information outside of countries with the most advanced statistical capacity.

Any indicator put forth to raise awareness of the urgency of finding solutions for youth employment ought to be a step in the right direction. But getting to the bottom of the NEETs definition and applicability is especially important as we start to hear more about it, including in the discussion on the post-2015 development agenda.

4 thoughts on “4 things you should know about NEETs”